The New York Times | Apollo 11 Anniversary: How to Celebrate This Weekend 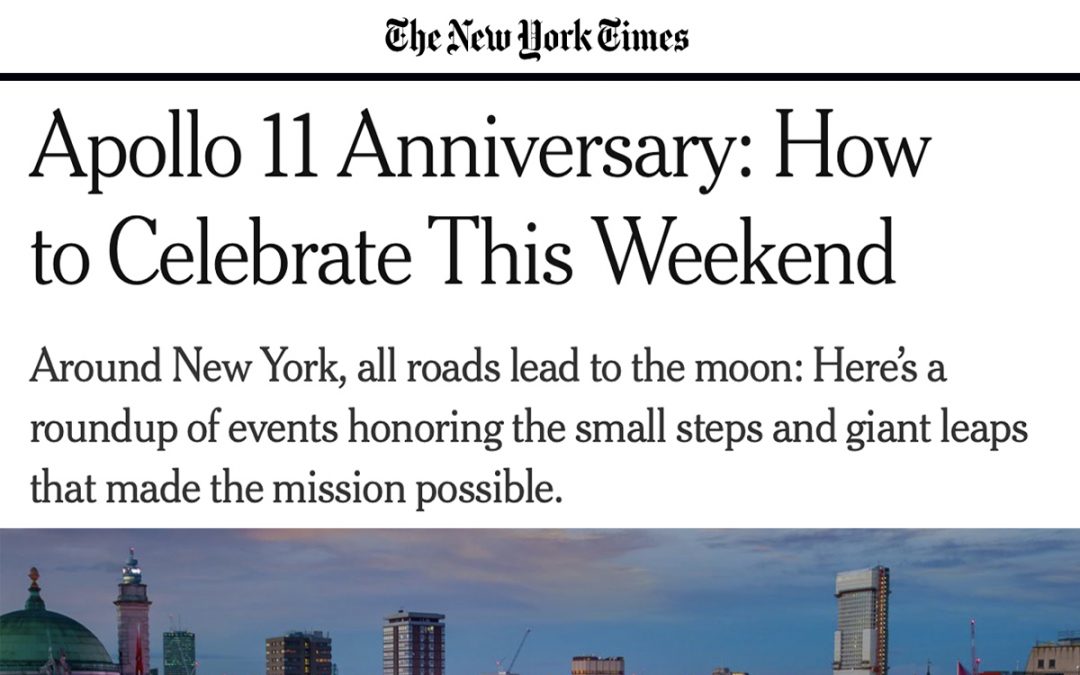 Summer is usually the season of sun worship, but this weekend that star will be eclipsed — at least in many hearts — by the moon. Saturday brings the 50th anniversary of Apollo 11, the first mission to send astronauts to the lunar surface, and festivals, exhibitions, screenings and even stand-up comedy will commemorate the landing. (Outdoor activities are weather-dependent.) Here are selected highlights.

Tranquility is not a word normally associated with this neighborhood, but that will change with this free event, which intends to transform Duffy Square into Tranquility Base, site of the lunar landing. Presented by the Aldrin Family Foundation — as in Buzz Aldrin — in partnership with “The People’s Moon,” an online project by the British artist Helen Marshall, the festival will turn the pavement into a giant mosaic featuring Neil Armstrong’s lunar boot print overlaid with photos collected from spaceflight enthusiasts around the world. Children can meet two former NASA astronauts and see robotics and other educational demonstrationstake place on giant maps of the moon and Mars. Or you can just relive Apollo 11 with the help of enormous overhead screens, which will show footage of the launch and the landing.