IDA | ‘The People’s Moon’: A Collective Memory in Mosaic and VR 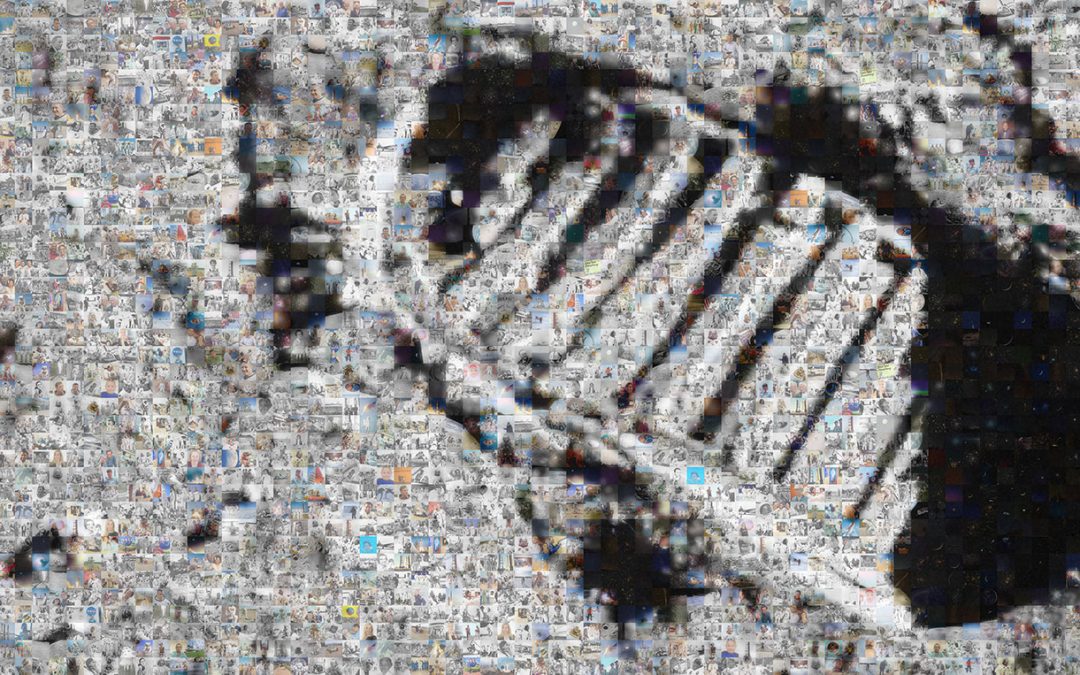 ‘The People’s Moon’: A Collective Memory in Mosaic and VR

On July 20, 2019 at 2:56 p.m. UTC, it will be 50 years to the minute from when a human being stepped onto the moon for the first time. NASA’s successful Apollo 11 mission will have—at a time of uncertainty the world over—brought an entire planet’s population together, even if just for a moment.

Over half a century later, the world might still be as uncertain, especially when the advance of climate change is brought into the fold, and peoples’ collective consciousness is decidedly fractured. But there is a group of three women—each with distinctive talents—who have had one goal of bringing us back together for another moment.

The People’s Moon was founded by Christina Korp, CMO & COO of the Buzz Aldrin Family Foundation. She partnered with virtual reality director and cinematographer Jannicke Mikkelsen, FNF, Technical Director of Interactive Activations for The People’s Moon, and photo mosaic artist Helen Marshall, whose most recognizable work is the mosaic of The Queen at London Gatwick Airport.

The mission: unite the world in celebration of Apollo’s 50th anniversary.

Over the last two years, the group has been collecting hundreds of personal reflections from around the world and all walks of life in the form of photos and written and video messages of how space exploration inspired them to work towards and achieve their own dreams. All messages have been gathered to form a time capsule in the shape of a giant photo mosaic that will be unveiled in New York City’s Times Square and London’s Piccadilly Circus on July 20, and will become a permanent exhibit at NASA Kennedy Space Center and NASA Johnson Space Center.