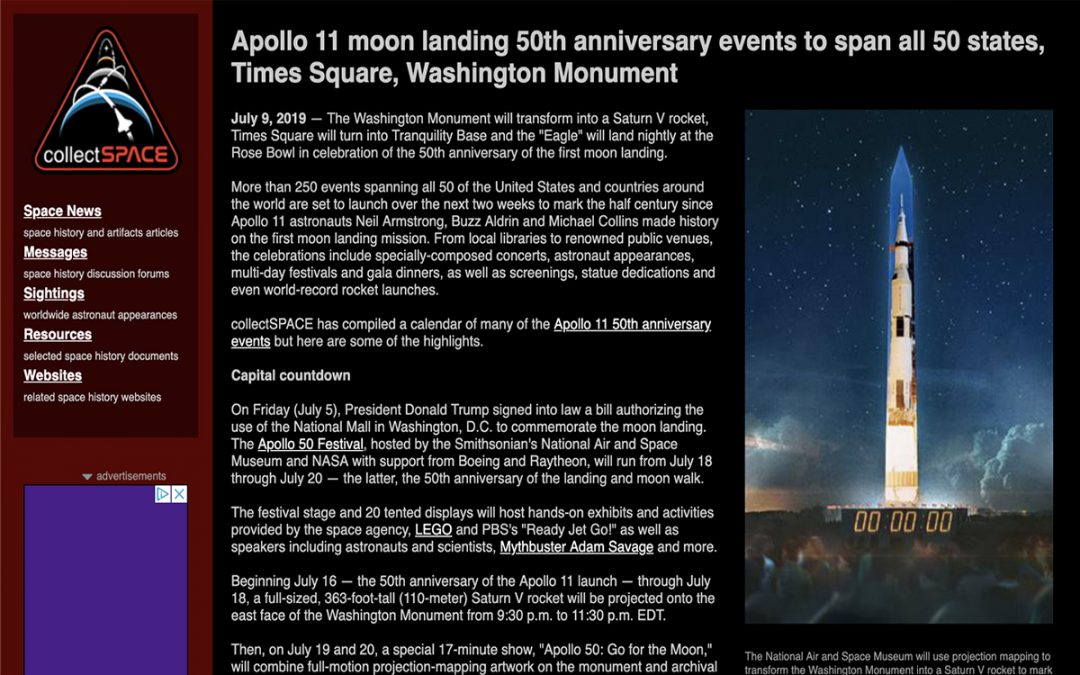 Artist Helen Marshall of The People’s Picture will debut her giant, floor-based mosaic of a moon boot print populated with the photos of people from around the world as part of a multimedia celebration of the first moon landing. The July 20th event, which promises to bring Tranquility Base to Times Square, will also feature video from the historic moon landing on some of Square’s iconic digital screens.

At the same time that the moon landing video is playing in Times Square, it will also appear on screens on London on the Lights in Piccadilly Circus in the UK and at the Art Science Museum in Marina Bay in Singapore. Some of the people’s photos from Marshall’s mosaic will also make their way to Kennedy Space Center Visitor Complex in Florida as a permanent digital display.